The City of Wheaton is divided into four Election Districts, with one City Council member elected to represent each district: North, East, South, and West districts. This map shows the current election district boundaries (PDF). In order to ensure residents are equally represented, it is important for these districts to contain as close to the same number of residents as possible.

Redistricting is the process of redrawing the boundaries of voting districts based on changes in population. For the City of Wheaton’s Council Districts, this occurs when the results of the U.S. Census show the populations between council districts have become more unequal. State and Federal Law provide a guideline that no two districts should have more than a 10 percent population deviation from the “ideal” population. The “ideal” population is how many people would be in each district if they were all exactly equal based on the City’s total population. Following the 2020 Census, the City determined that its North and South Council Districts exceeded that 10 percent deviation; the population difference between the two is now 14.26%. The table below shows the percentage above or below the "ideal" population, with the total spread between the amount the North District is above the "ideal" population and the amount the South District is below the "ideal" population being 14.26%.

Considering how populations have shifted, the City Council directed staff to generate several redistricting proposals for the City to consider adopting. At a minimum, each of these proposals needed to distribute the City’s population more equally across each of the four council districts. Looking at the data above, that meant shifting the district boundaries of the South and West Council Districts to absorb some of the population currently in the North and East Council Districts. 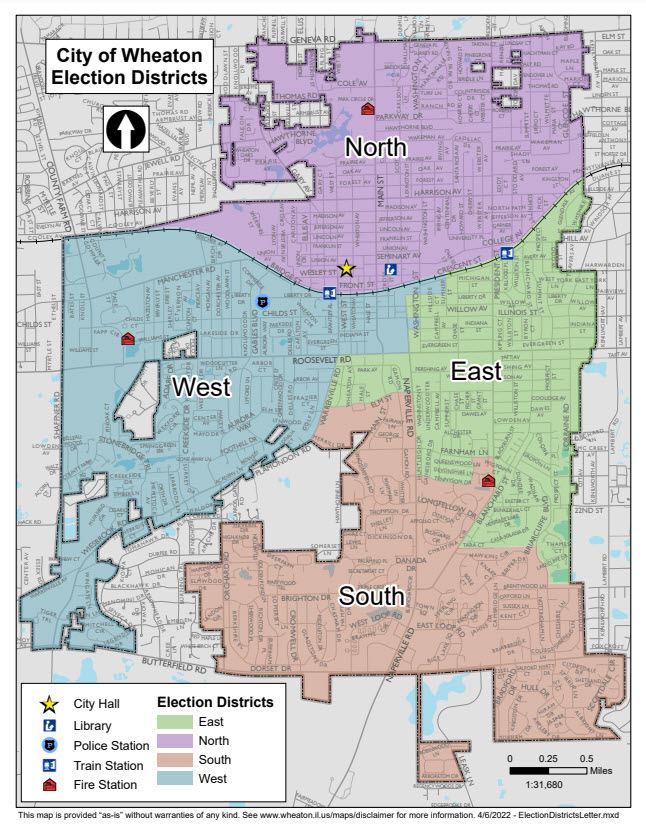 In addition to equalizing the population between districts, the City Council adopted several guiding principles that staff incorporated while creating proposals for new council district boundaries:

At the City Council's September 26, 2022, Planning Session, the Council selected the proposal below to serve as the next City Council Election map. These new boundaries reduce the maximum population deviation from 14.26% to 4.60% and moves 3,000 residents between districts. The Council will consider and vote on an Ordinance formally adopting this map at the October 17, 2022, Council Meeting. 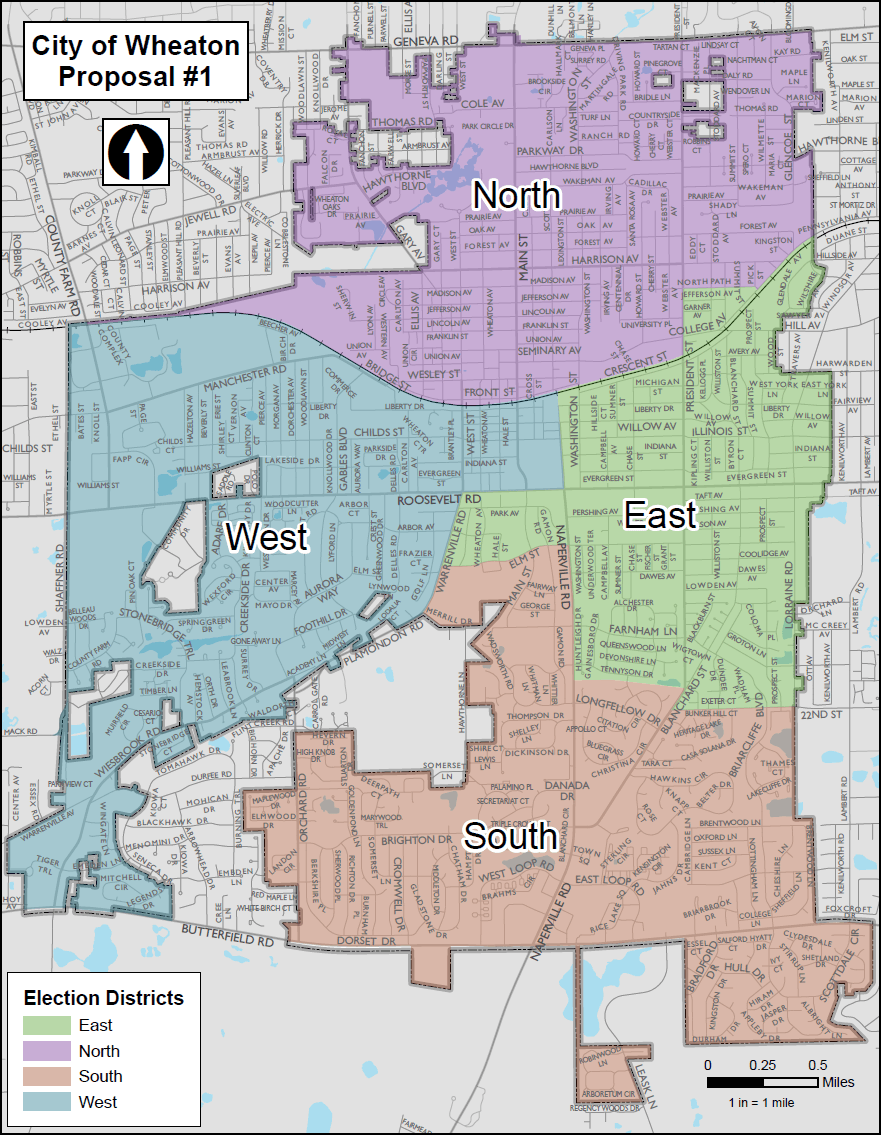 You can see your address in relation to the redistricting proposals by using this interactive map.

How will redistricting affect residents?

The City has four (4) council election districts. The residents within each of these districts elect a district council representative to serve on the Wheaton City Council. Since the boundaries of these districts will be changed, some residents will be in a different district. For example, several residents that were previously in the North District between President Street, North Path, and Pick Street would be in the East District during the next election to choose a district Council representative, which will be in April 2025.

Will redistricting affect the election of the Mayor and At-Large Councilmembers in 2023?

No. New district boundaries will only affect future district council member elections and will have no effect on how residents vote to select the City’s Mayor and at-large Council members in the 2023 municipal election.

Does redistricting have any impact on our school district or other jurisdictions?