About the City's New Garbage Rates 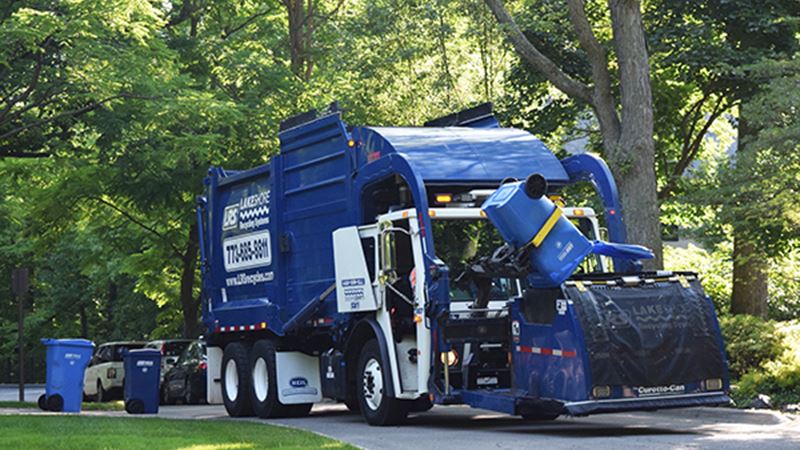 Starting Oct. 1, 2021, the City of Wheaton will begin a 3-year contract extension with LRS (formerly referred to as Lakeshore Recycling Systems). Your service will continue uninterrupted and without changes to your pickup day, type of services provided, or billing methods. The only aspect that will change is the rate for service.

As part of the contract extension, the City will continue to use the "pay-as-you-throw" model for service, meaning you only pay for the amount you put at the curb.

The City solicited bids for its 2016-2021 contract, and the bid was awarded to LRS. Of note, this service contract incorporated new technology using RFID chips in each garbage or recycling cart that are scanned wirelessly when picked up by LRS trucks. This allows Wheaton residents to continue using the pay-as-you-throw system, but without needing to use a sticker for each bag/can of garbage.

The City surveyed residents in 2016 to determine the community's priorities for service, and the "pay-as-you-throw" model continued to be the preferred system, compared with a flat monthly fee.

As the 5-year contract drew to a close, the City explored options that included soliciting bids for a new contract, or extending the current contract.

Based upon the low volume of customer complaints the City has received, the vendor's responsiveness to resolve issues as they arise, the City's experience with LRS as a service provider, and overall value that proposed new rates provide when compared with other communities, the City Council opted to seek a contract extension with LRS.

LRS presented proposed new rates for service that take into account lower-than-expected setout rates in Wheaton compared with the other communities LRS serves. On average, Wheaton residents place their garbage/recycling carts at the curb just over 50% of the time, which is significantly lower than the rates LRS anticipated when the 2016-2021 contract rates were developed. The 2016 LRS bid was based on a much higher assumed setout rate of at least 75%.

In addition, since the 2016 rates were set, the market for recycled materials has significantly changed, and whereas haulers were once receiving a profit for recyclable commodities, the market is costing haulers to ship the materials.

LRS presented the City with two options for the contract extension:

City staff compared these options with the charges for services in communities in our area, and both options still represent an overall value for residents. The City Council ultimately chose the option without a flat monthly fee. On average, Wheaton residents will still pay less than other communities in our area for garbage and recycling services.

About the 'Pay-As-You-Throw' Model

The City of Wheaton uses a "pay-as-you-throw" model for garbage service, meaning users only pay for the amount of garbage/recycling they generate. This structure provides a financial and ecological incentive to produce less waste. Residents are able to control their costs for services based on the size of their garbage and recycling carts and the amount of times they place them out for pick-up.

Continuing service with LRS will allow Wheaton customers to control their expenses by only being charged when you put out your cart. You may also elect to control your costs by choosing a different cart size, if you find that a different cart size would better suit your household’s needs. If you would like to exchange your garbage or recycling cart for a different size (35-, 65- or 95-gallon), please contact LRS at 773-685-8811 to arrange a cart exchange. Please note that LRS will charge a delivery fee for exchanging carts. The grace period for exchanging carts with the new contract expired on Oct. 31, 2021.